Foundations of a country and a world-class institution

The Weizmann Institute was founded by Dr. Chaim Weizmann (1874-1952) in 1934 as the Daniel Sieff Research Institute, named in memory of the son of U.K. donors Rebecca and Israel Sieff. The Institute was renamed in honor of Dr. Weizmann in 1949. Dr. Weizmann was a renowned chemist and ardent Zionist who saw his vision of the establishment of a Jewish state in the Land of Israel and of higher education in Israel all come to fruition during his lifetime. In partnership with others he established the Hebrew University of Jerusalem in 1925 and the Weizmann Institute of Science.

The history of the Weizmann Institute of Science is interwoven with that of its friends and benefactors from around the world. Established originally with the generous support of the Sieff family of the UK, the Weizmann Institute has proudly assembled a wide international network of friends and supporters, all of whom share our vision of science for the benefit of humanity.

The Weizmann Institute campus pays tribute to these exceptional philanthropists through its buildings, plazas, halls, and courts. Their names, etched in stone, are an inspiration to our community. 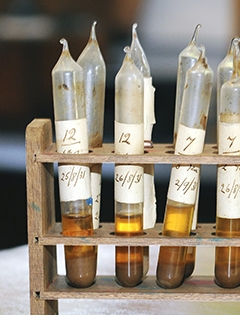