To explain this phenomena one can model sub threshold dynamics of the axonal membrane voltage with the passive conductance cable equation:

is an infinitesimal coil section in configuration s,

is the corresponding vector from each section to the point r and Φ is the electric potential arising from surface charge accumulating at interfaces between non-homogenous conductors.

To demonstrate the effect of curvature in our model, we compared the values of the electric field gradient along two different nerve trajectories. a straight nerve and a nerve which bends from the –y direction to +y direction in half a loop of radius 0.4mm. From this comparison we notice that the effect of nerve curvature in the current experimental setup is more than 100 times stronger than the effect of electric field gradients produced by spatial configuration of the coils. This is because the curvature length scales are approximately 0.5mm while the spatial configuration length scales are approximately 50mm (similar to the dimensions of the coil). The straight nerve may also be excited, but this is due to the existence of nerve endings. 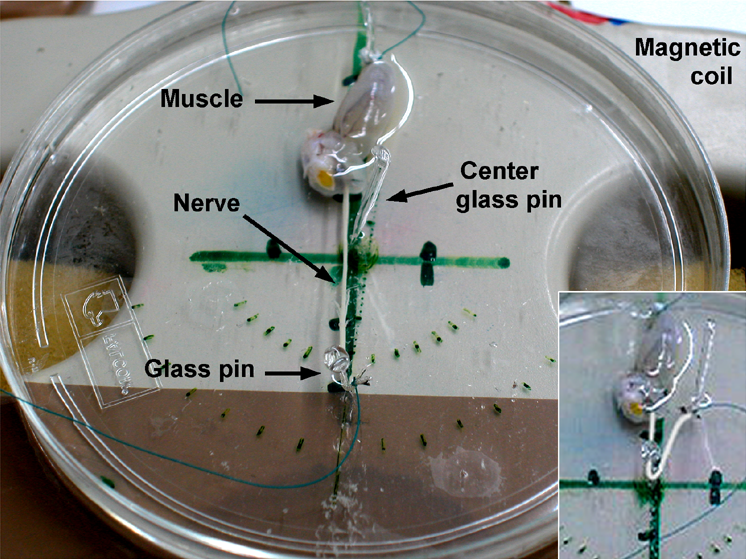 Experimental Setup. The double coil is placed below the plate, to which the nerve and muscle are fixed by glass pins. Inset shows a curved nerve wrapped around the center glass pin. 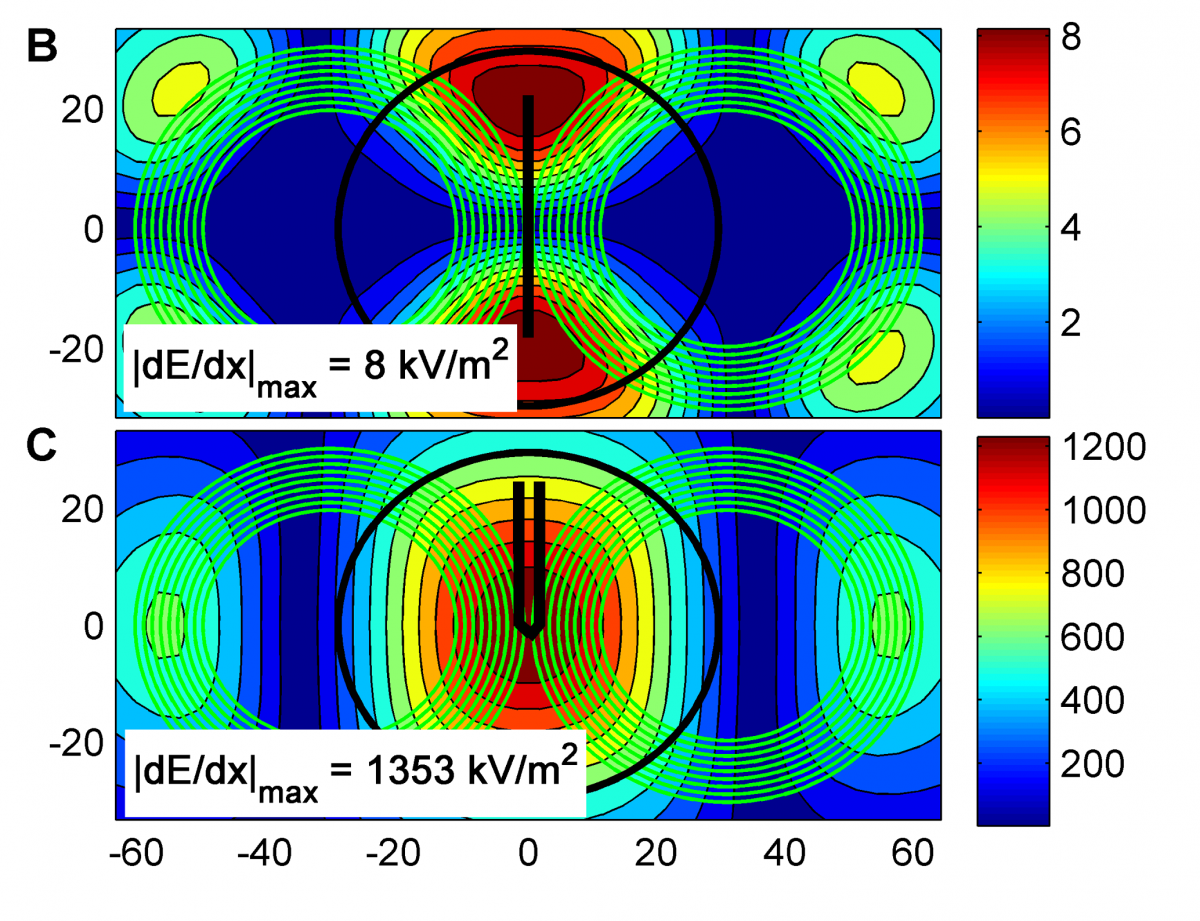 A demonstration of magnetic stimulation of a sciatic nerve. The nerve is left attached to its muscle. Successful excitation of nerve is identified by muscle twitching. Magnetic power is slowly decreased to determine the minimum power required to excite the nerve (threshold). The threshold of a straight nerve is demonstrate to be higher than the threshold of a curved nerve.