The combination of Transcranial Magnetic Stimulation (TMS) and electroencephalography (EEG) has been demonstrated to be an exciting tool to study changes in effective corticocortical connectivity induced by different states of consciousness. However, the large artifact that the TMS generates in the EEG, necessitates a sophisticated artifact-resistant EEG system to acquire reliable signals in the crucial several tens of milliseconds immediately following the TMS pulse. We demonstrated the use of a novel artifact removal algorithm together with a 24 bit EEG system to achieve similar recordings as those obtained with the dedicated TMS-compatible EEG system (see figure 1 - upper panel: before artifact removal, lower panel: after artifact removal). Using this setup we observe differences in TMS evoked responses between a group of healthy controls and a group of patients with Schizophrenia, a condition in which effective neural connectivity is thought to be compromised (see Figure 2). This demonstrates the potential of using TMS-EEG as a powerful tool to validate theories of dysconnection in Schizophrenia and paves the way for a larger group of researchers and clinicians to use TMS in combination with EEG for research and diagnosis of a wide spectrum of disorders of consciousness.

This project was done in collaboration with Dr. Vladimir Litvak 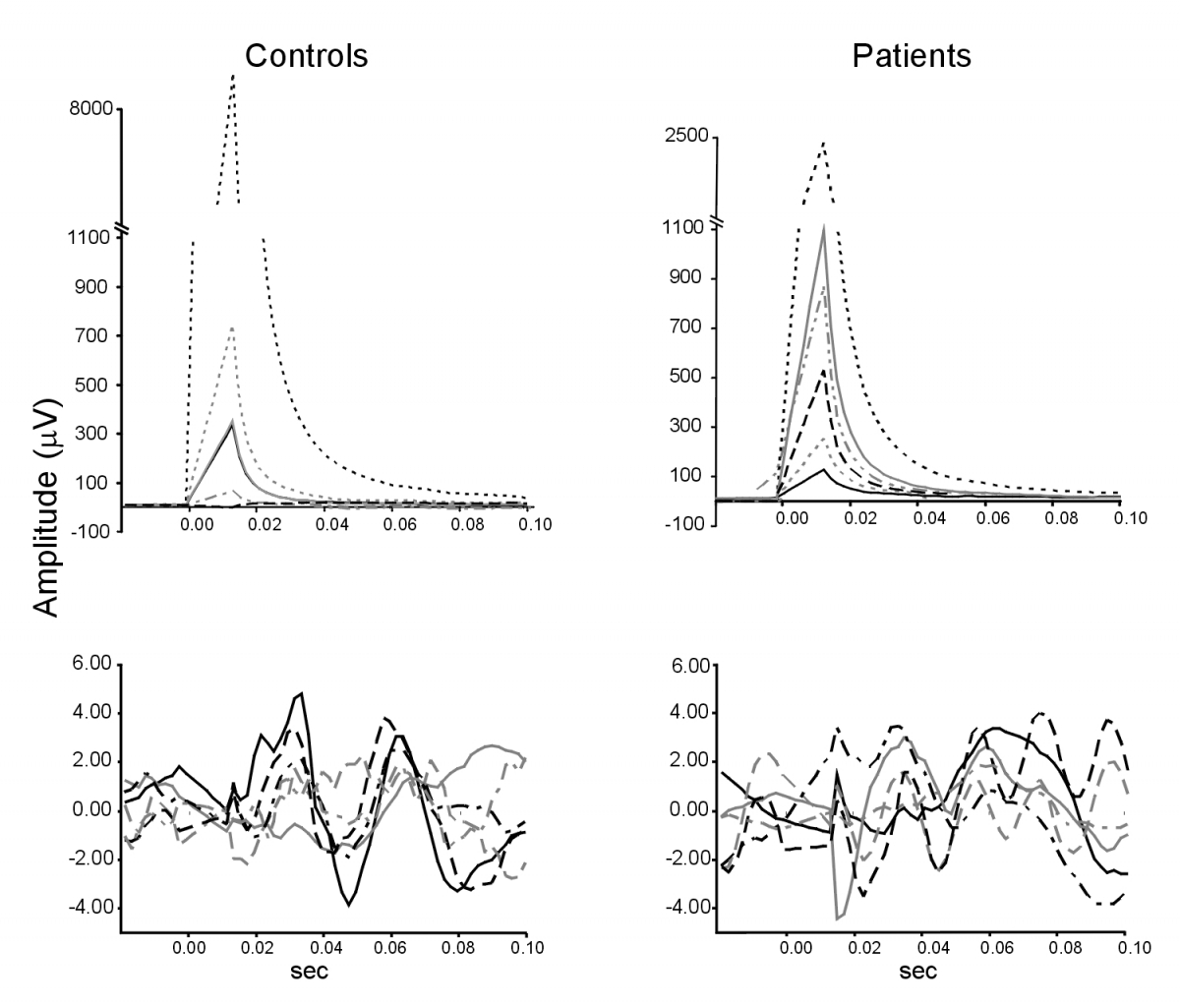 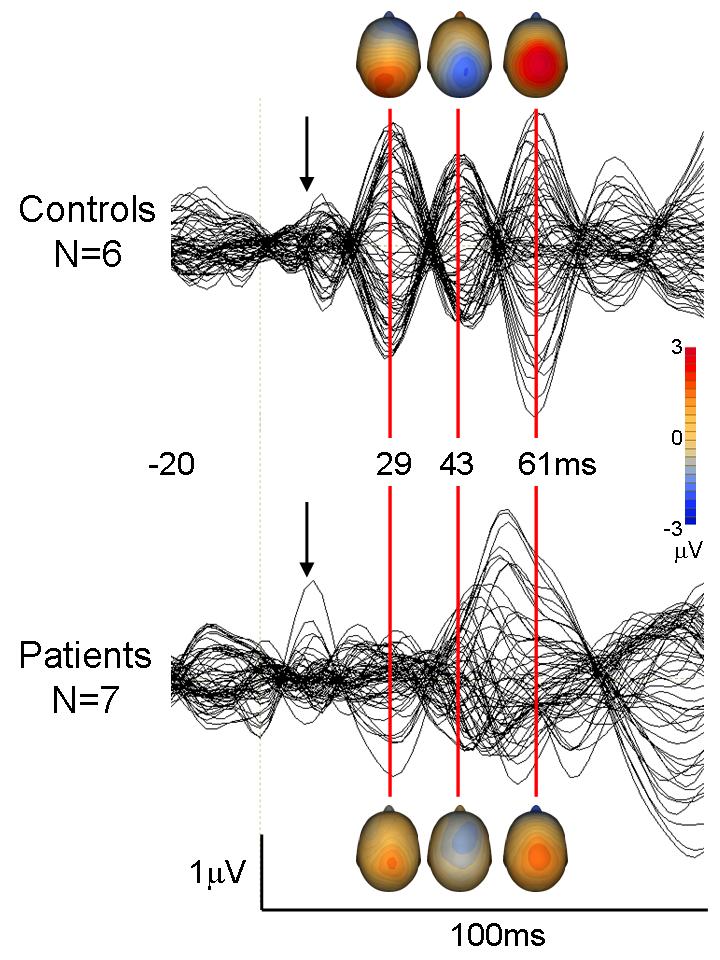